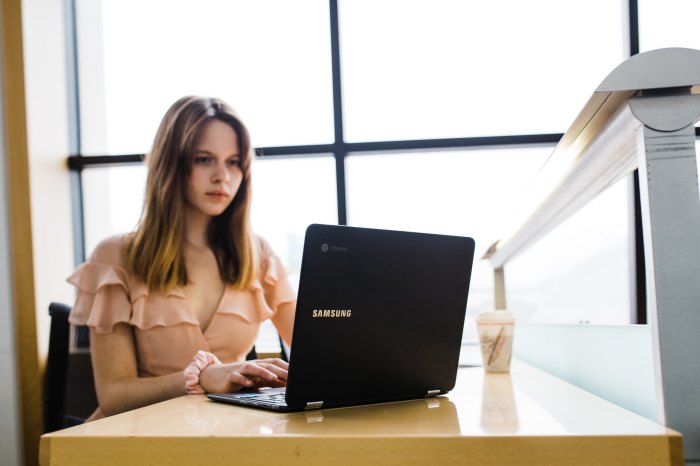 Woman are still under-represented in the UK in terms of entrepreneurship and business. Although the gap between the number of male and female entrepreneurs may be closing, it still exists. In the UK, the so-called “Enterprise Gap”, the difference in the number of men and woman owning companies, has significantly decreased in the last decade, but there is still work to be done. There are 5.5m SMEs (small to medium-sized enterprises) operating in the UK today, with only 20% led by a woman – that’s 1.14m in total. The UK has not only seen an increase in female entrepreneurs in recent years, but also in woman occupying directorial roles. In 2017, 28% of FTSE 100 directorships were occupied by a woman. This exceeds a target set in a 2011 national report that said there should be a minimum of 25% female representation on boards. 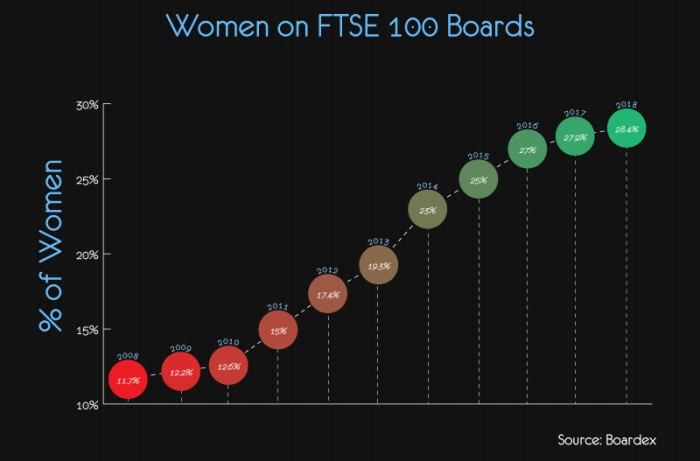 Looking at the differences across sectors of woman representation on the boards of FSTE 100 companies, there have been substantial changes in the past ten years. In 2007, there were no women on the boards of companies in the construction sector, and only 4% in manufacturing. Both sectors are now operating at or above the government’s target of 25%, with a representation of 29% and 25%. 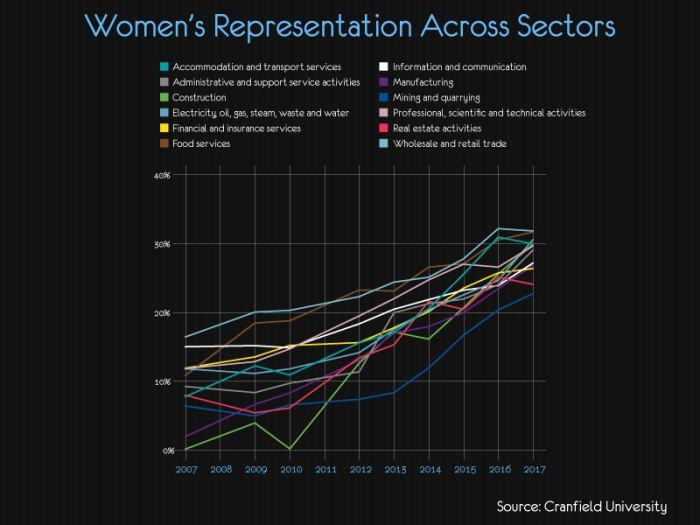 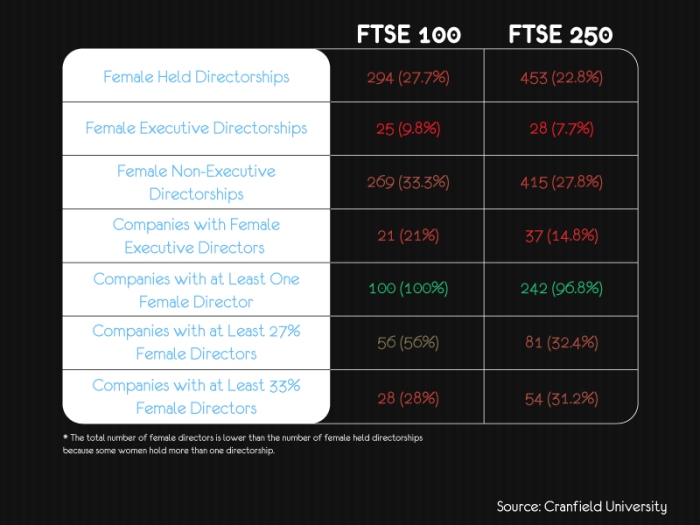 Overall, there is a significant variation by region when it comes to the percentage of woman who are directors in businesses. Wales and the North of England are the most gender-equal parts of the UK, at least regarding having a low share of businesses with no female representation on boards and high rates of having more than one. 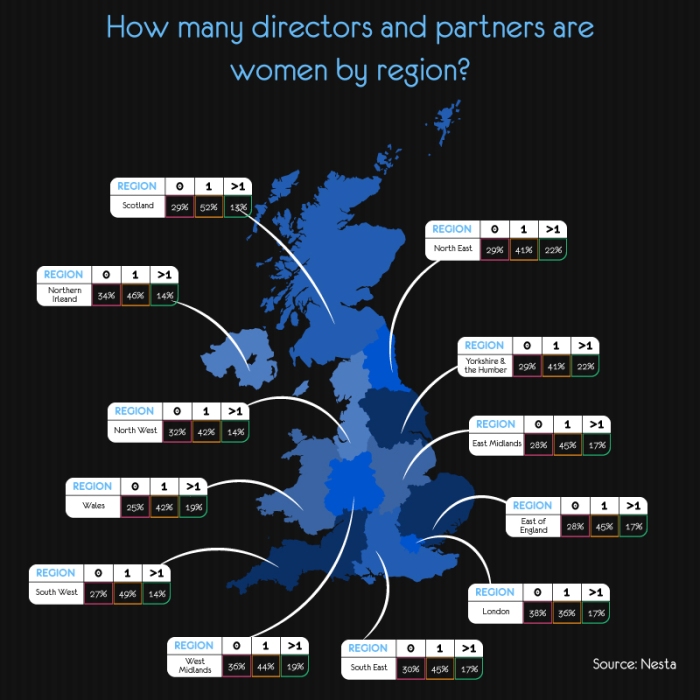 Not only has female directorship considerably increased, but more women are starting their own business. There were 648,000 more businesses owned by a woman in 2016 than in 2000. That’s a significant 72% increase in 16 years. During the same time, male self-employment also increased, from 2.357m businesses in 2000 to 3.221m businesses in 2016. 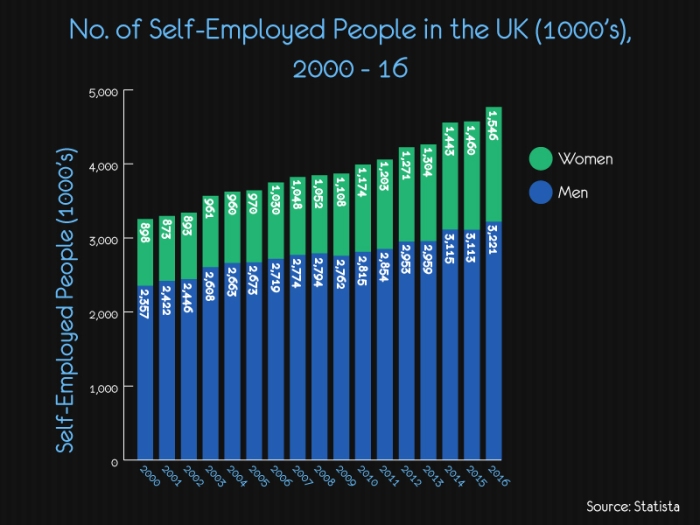 London and the South East are the leading hubs of female start-ups, with female entrepreneurs generating an extra 18,000 jobs in the Capital in 2015. This meant that there was an increased economic contribution of £790m from female-led start-ups in London alone. 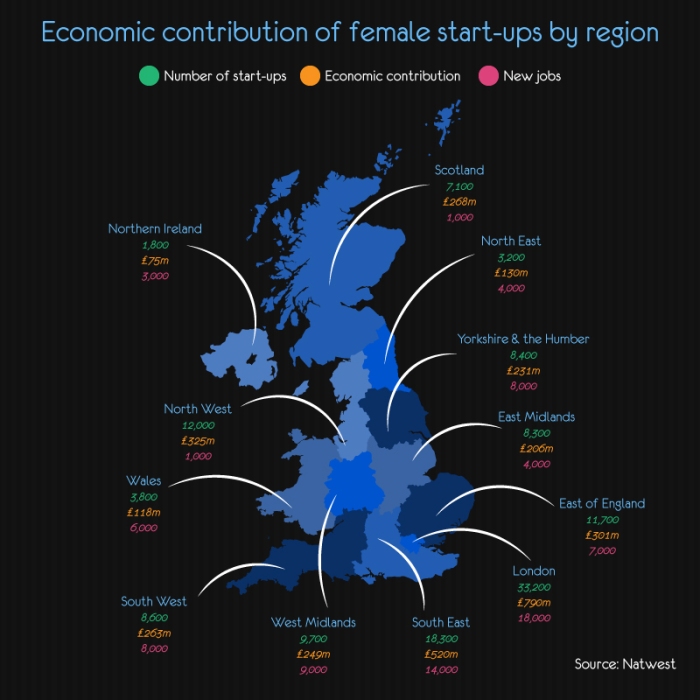 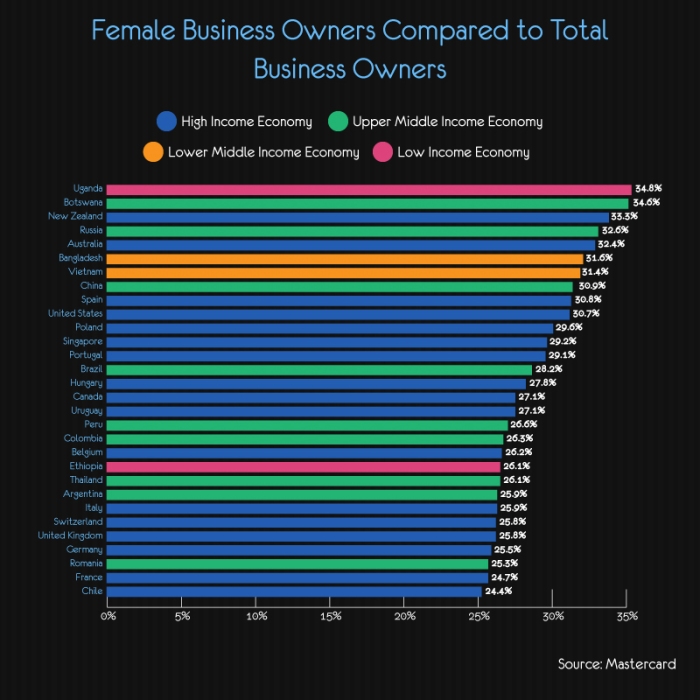 Feel free to share on social networks. Find the buttons below this post. This opinion article is for informational purposes only.

Remember, information/knowledge acquisition can never be too much! Let us continue to spread the word!

Brought to you by MONEYPOD

Blog of the APA